I believe that in the misty future when such matters are considered, the overshadowing historical feature of the twentieth century will not be the unleashing of the atom or the rise of the Third World, but the rise of the Second World – women. The novels I write, whether comic or serious, deal with the oftentimes subtle, unconscious, evolving image women have of themselves – women who do not ordinarily or consciously perceive themselves as feminist, but whose perspectives and expectations have been radically, irrevocably altered by feminist politics and the mid-century emergence of the female work force.

What are the new conflicts and satisfactions, losses and rewards – emotional, intellectual, as well as tangible – for the ubiquitous, nonexistent ‘average woman’? This sort of question underlies the kind of intimate, personally detailed novel I enjoy writing and reading. 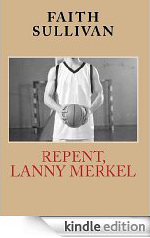